what is the life behind things 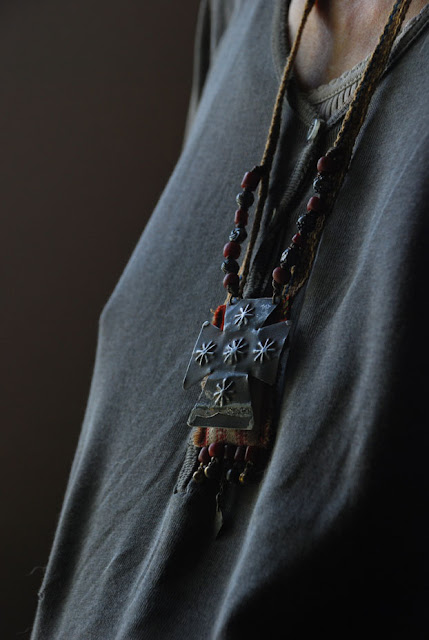 for thousands and thousands of years the same questions have been asked thousands of times, so often that it has become absurd to ask them again, they are worn out before we can find the slightest fragment of an answer.

ionesco - fragments of a journal

thank you all for your comments about stella, kind thoughts kind words.

i wanted to post some recent work on here, but i haven't got much to say to go with it. its still a bit chaotic splitting my stuff between the studio in the shop and the one at home - i'm in a permanent state of confusion about where things are. this creates limitations that can be constructive - i just gotta get into the flow. 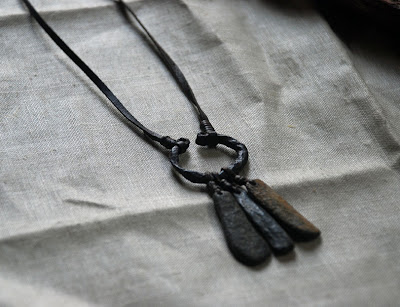 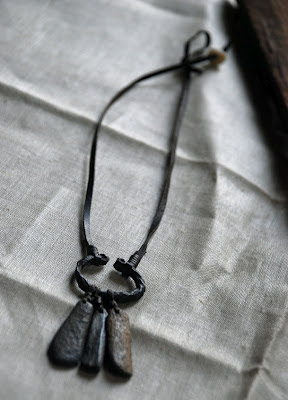 this one i made for my self. i found that piece of wrought iron work out on one of my walks and the rust is just perfect on it, so is the metal work. 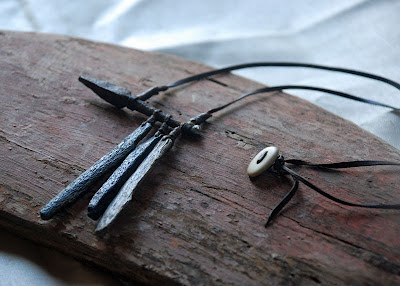 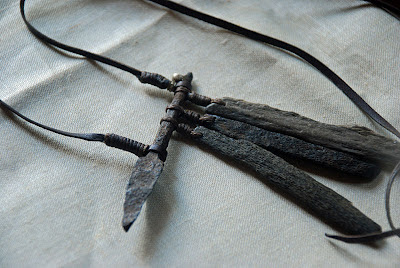 this one i made for the shop, but have been wearing it to check the balance on it. a friend, maria, soldered the silver ball on it for me, it stops the leather slipping off. 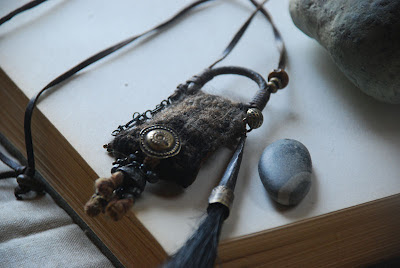 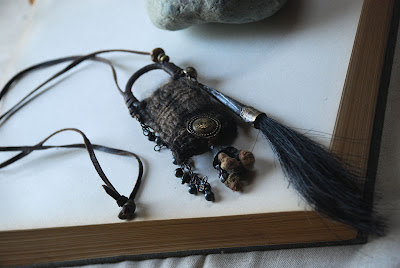 this little pouch has the stone shown in it and that can be hung on a strap as its drilled, but its a nice stone to hold or rub until eventually you polish it like that.

and i remembered what i was going to post originally.
the basket weavers 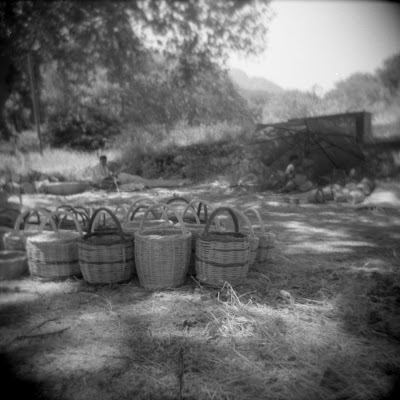 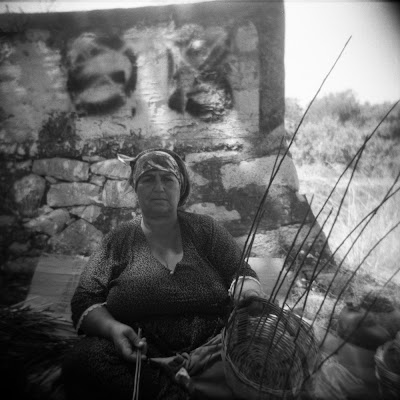 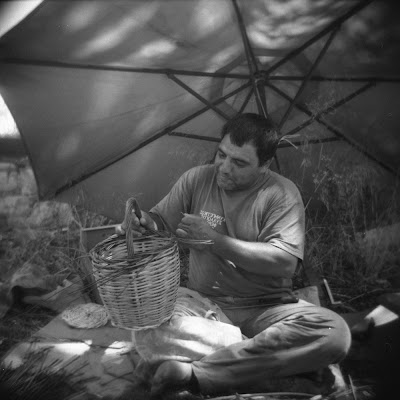 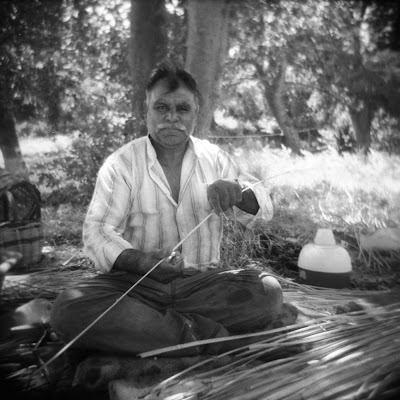 2 years ago these guys were here and as i drove past i stopped and asked the guy in the last photo if i could take a picture of him, so he said, are you going to buy a basket? and as i didn't even have 50 cents on me i said no - so says he, what am i? a mountain that you can just stop and photograph me?
last summer i stopped and said, how much for the basket, and got these with the holga. they asked me to send them prints, but as i've lost there address and only just developed the film i'll wait until they turn up and give them a print each. though they won't be impressed with black and white. also the whole time i shot and talked with them they never stopped working. 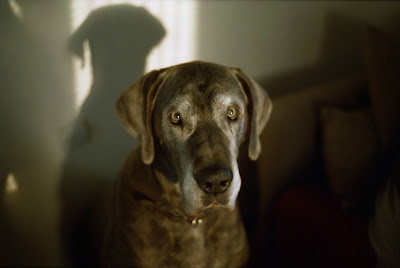 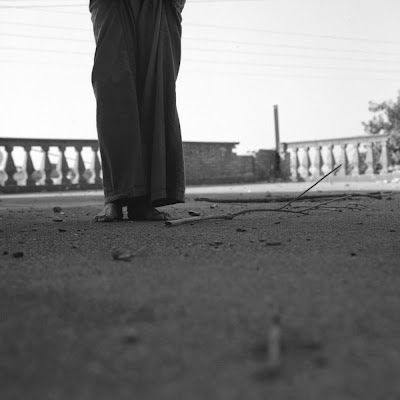 this is not a kingdom
not even heaven

the dance is choice
not dry enough to stick

what better vocation
could we harvest
in a dungeon

if google works.... here is something else from my mystery [only in the sense of forgotten] undeveloped films, this first one is more recent, a film i finished this last week 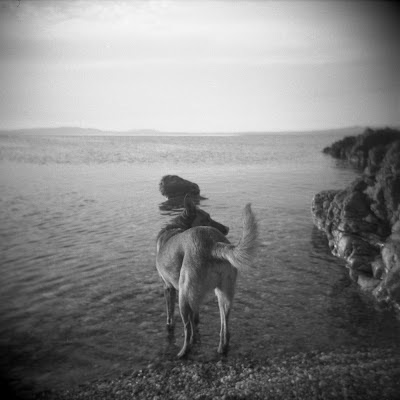 from last summer, when i did the shoot of preparing the loom lines 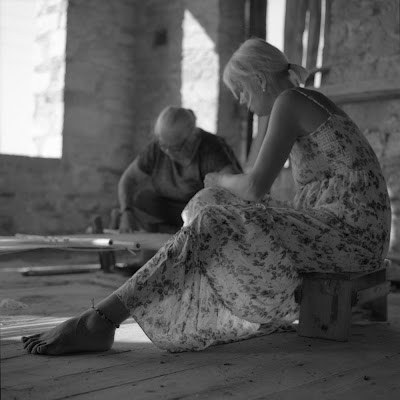 march, pruning vines up in the mountains, still snow on the peaks 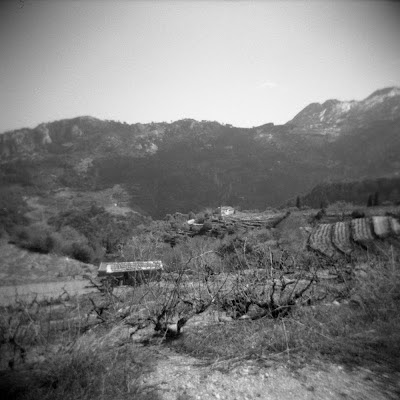 a bit of work in progress 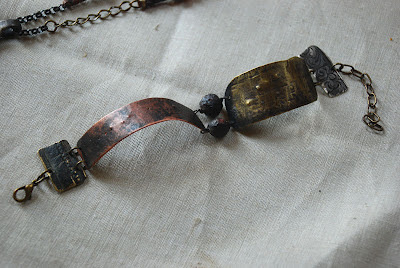 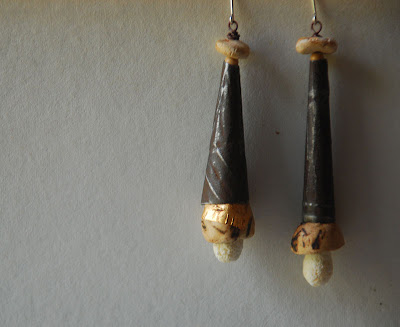 the camera likes focusing on the white background for some reason 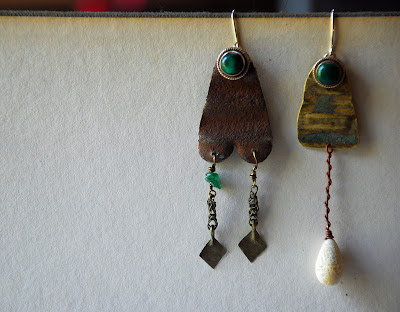 actually none of it is WIP, its all finished and the last ones i really like they make me smile and are already listed

the wonders of web

been developing some accumulated films cos the cold water temp in the tap is 20 degrees perfect, though i haven't got a clue whats on them -  i do remember this amazing web in the garden. I really didn't expect much from the photo and its not as bad as i thought it would be, i like the grey tones. 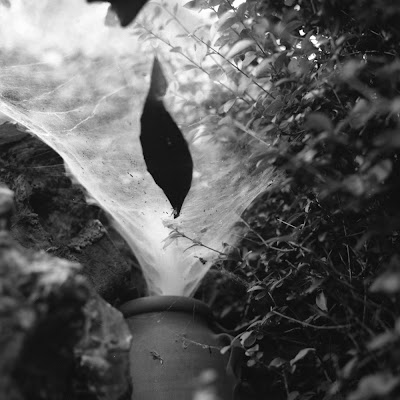